Virtual Reality as a Tool For Architecture 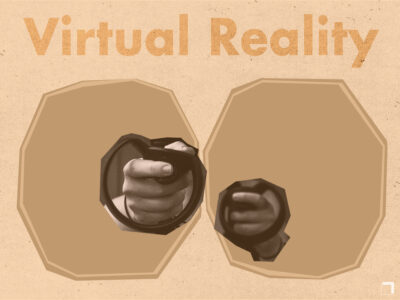 A human being's perception of the space around them is based on what they see, hear and feel. The understanding mainly comes from how well we experience and interact with the environment itself. So imagine this- instead of leafing through images and renders, you can have your client walk around in their soon-to-be living room before it is even constructed. You can even have them take a look outside at the proposed landscape from the verandah which is yet to even be built.

Sounds unreal? But this is exactly what virtual reality is capable of. Mankind has progressed by leaps and bounds in the field of science and technology. And one such contrivance that has been picking up steam these past few years is virtual reality.

VR uses the basic rules of perception to create environments that feel just as veracious as the world around us. They are essentially machines designed to replace surroundings with something created in software.

Already a popular commodity in the video games and technical industry, VR also has tremendous potential in the architecture field too.

VR is, in fact, already being used by architects to present their work to both themselves and their clients. A handful of firms in the US and Europe and one even in India are employing VR for their projects, coupled with the architectural softwares like Sketchup, Vray, Lumion and AutoCAD.

Designhaaus, the firm employing VR in India even stated that, "It [VR] helps us to visualize the space in a better way that, in turn, results in aesthetically pleasing and efficient spaces, and helps the client to better understand the design and make faster decisions. It also helps the construction team on the site during the execution phase."

There are different tools similar to visual reality such as mixed reality and augmented reality. While virtual reality uses computers to create a simulated environment, it also completely isolates them by blocking the actual physical environment.

Augmented reality presents virtual information on top of a real physical environment. One popular example of AR is the game Pokemon GO.

For a VR workspace for your projects, some devices are necessary.

Additionally, in order for the PC to support VR tools, they must meet a certain minimum configuration.

There are still some refinements that need to be made to virtual reality technology before it completely replaces the conventional architectural methods which are prevalent today.

Employing VR creates a connection between the space and its users, pre-construction, by evoking a positive understanding in the same way that substantial architecture does. Just like how the advancement of 3D modeling was encouraged at the turn of this century from traditional drawings and sketches, it is important to keep this progress going forward.

Although still in the early generation of its prevalence, VR is sure to introduce a world which will soon affect everything including our ways of communication, information, entertainment etc. It is important for his change- or evolution- to happen in the field of architecture as well.