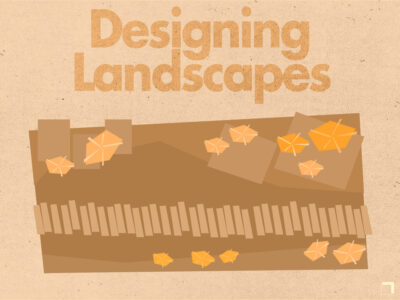 Landscapes are an extremely important part of every design project. It not only enhances our design, but also defines the space itself.

It might be a bit difficult to figure out what type of landscape will suit our design or how to start designing it. If you're a beginner, there are multiple ways to help get started. In his book, Foundations of landscape architecture, Norman K. Booth explains one such method.

Tips To Start Designing A Landscape

The word "form" is a very loose term which can describe a lot of phrases like the formation, arrangement, shape, figure etc. of a particular object or a group of them. Forms can be grouped into several categories based on what they look like.

This category is pretty self-explanatory.

One single form can also fall into multiple categories too.

Components Of A Form

A form is a three dimensional structure defined by its outline or silhouette. This is basically the edges on all sides.

Once the primary form is defined, the next step is to modify it to make it more elaborate and creative. These changes can be minimal or extensive based on the designer's creativity or the client's requirements.

There are five basic types of transformation of forms.

The next step is to arrange or organise the various forms developed into a composition which is legible and enjoyable by the users.

These organisation structures are mainly divided into five categories.

Randomly putting together forms might not always turn out to be a good or an appealing landscape design. There should be certain unifying principles to make the design more purposeful or meaningful.

Making the forms similar to each other means giving them something in common like size, pattern, shape or material. However, one should be careful of the fact that too many similarities can make the design boring or monotonous.

Dominance is a method by which one element visually stands out more than the others. This technique is usually used to highlight the special features of the landscape.

Dominance can be achieved by making that particular element different in colour, height, size, shape or material.

Interconnection involves connecting one form physically to another. This causes individual elements to be perceived as one whole design.

Compartmentalization involves enclosing the various forms into one enclosure.

The job of a landscape is to contribute to the functional, ecological and the aesthetic needs of the design. It should be cohesive, purposeful and expressive.