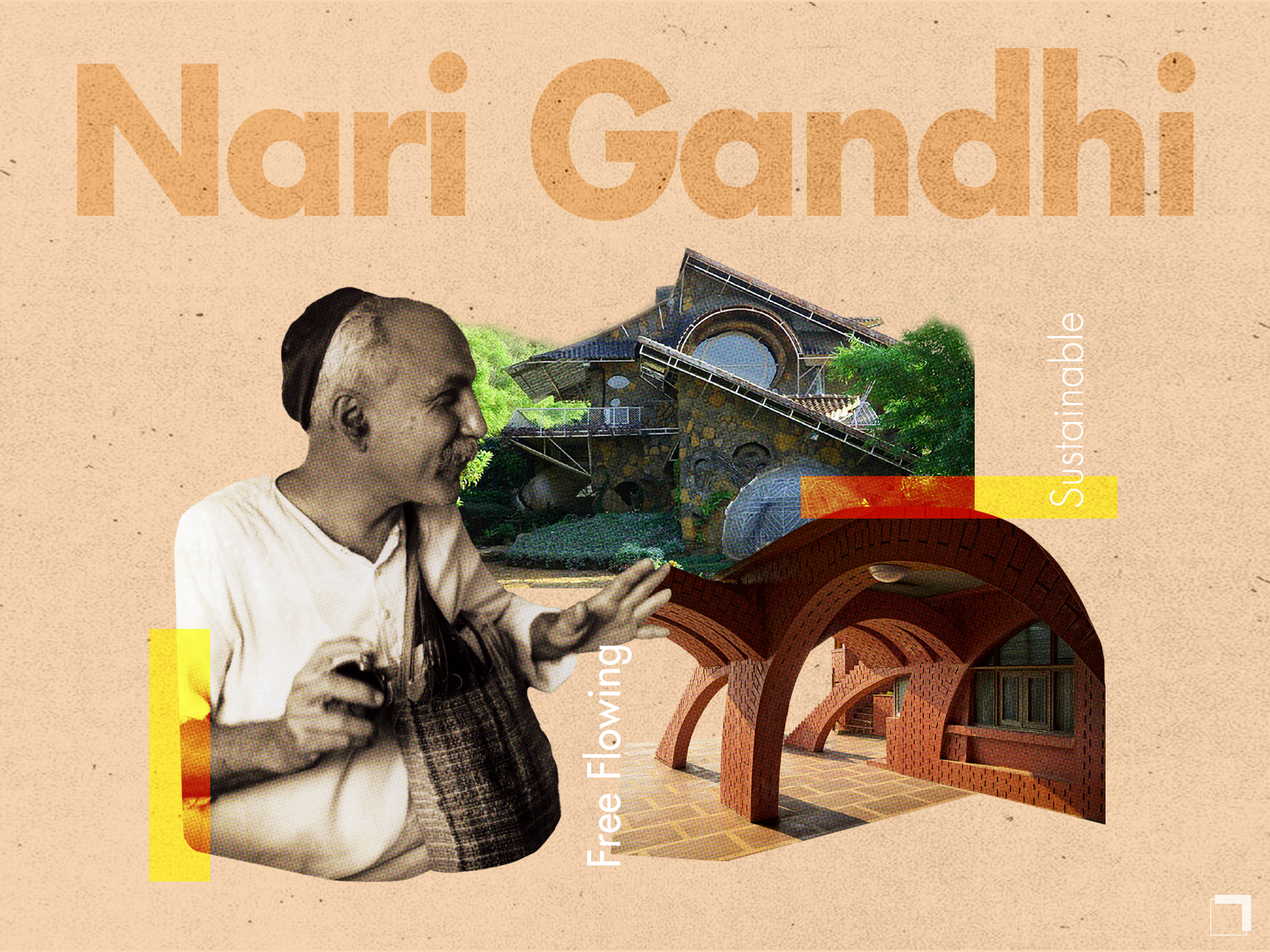 Breaking the conventional process of an architect, Nari Gandhi worked on site as the construction progressed, allowing his ideas to evolve alongside, his unique style - organic architecture.

3. Use of Local Sustainable Materials

1. Arches and Openings in Brick and Stone Masonry

One of Nari Gandhi’s best-known projects - Alibag House in Korlai is situated on the coast of Maharashtra, the site chosen by the architect himself. Using the site to his advantage, he played with open spaces and wall openings to capture the view from the building.

Nari Gandhi’s attitude towards life translated directly into his projects - though unconventional, they are certainly beautiful and stand in contrast among the other seemingly mundane projects in comparison. He let the environment around him speak for itself and did not disturb its beauty rather, he embraced it - one of the reasons why is one of the most prominent architects from India.