4 Active Methods to Fire-proof a Building 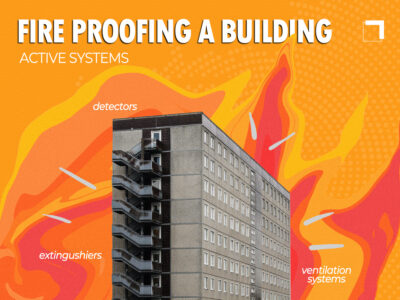 Fire-proofing a building is extremely important since every year, thousands of buildings are lost to fire accidents. Taking a few steps during the design of your buildings may help prevent severe hazards.

There are two types of fire fighting systems:

Active fire fighting systems are further available in many types and forms.

In case of fire breaking out, the fire suppression systems immediately activate to keep the fire from spreading.

Sprinkler system has water under pressure in pipes along the ceiling in select locations. When a fire breaks out, the seal holding the water back ruptures and allows it to flow down. This prevents the fire from spreading, allowing more time for evacuation.

Active ventilation systems help disperse smoke and dust particles during a fire breakout using mechanical means like fans and exhausts. These devices assist in evacuation until the firefighters arrive.

11 Factors to Consider While Designing a Landscape - WTN